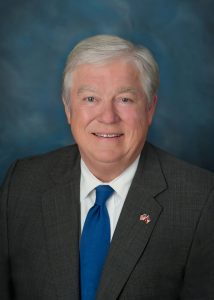 The Honorable Haley Barbour served Mississippi for eight years as governor, providing visionary leadership and transformational impact. As governor, Barbour helped connect Mississippi to the world through his work in recruiting major international companies, including Toyota, and by investing in manufacturing. He was nationally recognized for his swift response during Hurricane Katrina, and he received the Thomas Jefferson Freedom Award and the Gulf Guardian Award for his work in helping to rebuild gulf ecosystems. His national and international reach along with his long history of supporting education, make him an excellent fit for the Geographic Visionary award. 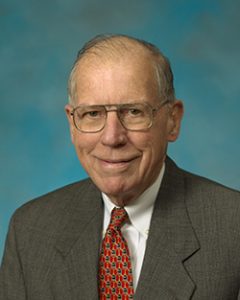 Former governor William Winter is a role model for those seeking to improve education in the state, and he sets a high bar for other civic leaders seeking to make a significant impact on state education.

Gov. Winter has dedicated his life to public service. He served in the United States Army during World War II and the Korean War, and he was also a member of the Mississippi National Guard. He has served Mississippi in the state legislature, as State Treasurer, as Lt. Governor, and as Governor of the state. Thanks to his visionary leadership, the 1982 Mississippi Education Reform Act was passed, establishing public kindergartens and other improvements to state education. Since then, he has continued to work tirelessly for education and racial reconciliation.

Gov. Winter was a member of President Clinton’s Advisory Board on Race and is a recipient of numerous awards including the Profile in Courage Award given by the John F. Kennedy Presidential Library and Museum, the Mississippi Bar’s Lifetime Achievement Award, and the Martin Luther King, Jr. Memorial Award from the National Education Association. Gov. Winter received his undergraduate and law degrees from the University of Mississippi and has honorary degrees from several universities around the country. 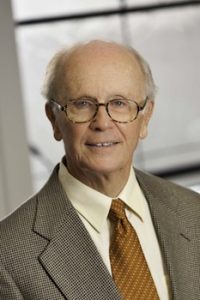 Leland Speed has worked tirelessly to position Mississippi to thrive in the global economy through innovative development, state-level business leadership, and a dedication to advancing education in our state.

A native of Jackson, MS, Leland Speed grew Mississippi-based real estate businesses to national proportions and kept that business right here in Mississippi. He is past Chairman of the Board of Eastgroup Properties and Delta Industries, Inc, and former CEO of Eastgroup Properties and Parkway Properties. He is in the Mississippi Business Hall of Fame and has served on the Board of Directors of the National Association of Real Estate Investment Trusts (NAREIT). He was the 2008 recipient of NAREIT’s Industry Leadership Award.

Mr. Speed has twice served his state as Executive Director of the Mississippi Development Authority and has served as chairman of Downtown Jackson Partners, Metro Jackson Chamber of Commerce, Goodwill Industries and the United Way of the Capital Area. He is dedicated to improved education in Mississippi and has served as chairman of the Jackson State University Development Foundation, and as a member and past chairman of the Board of Trustees of Mississippi College. He is currently the Chair of the Mississippi College Foundation and of the RAND Gulf States Policy Initiative. 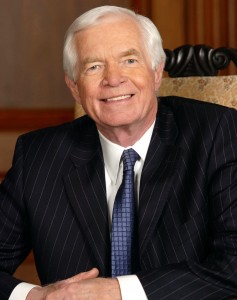 Thad Cochran’s transformational leadership in Mississippi and his strong support for education in general and geography education in particular make him an ideal recipient for the Geographic Visionary Award. Long a friend of National Geographic Society, Senator Cochran has worked hard to promote geographic literacy, in particular through is introduction of the Teaching Geography is Fundamental Act. He was honored by National Geographic Society with the Geography Legislator of the Year award in 2008.

Throughout his career, Senator Cochran has maintained a focus on promoting economic development and educational opportunity. He has sponsored legislation and promoted policies related to rural economic development, including key provisions of several national farm policy bills. Cochran has also written legislation supporting education programs such as teacher training, vocational education, libraries, and educational television. He has supported programs to increase educational achievement among disadvantaged children, particularly in rural areas.

Thad Cochran earned his undergraduate and law degrees from the University of Mississippi and studied international law for a year under a Rotary Foundation Fellowship at Trinity College Dublin, Ireland. He has been awarded honorary degrees from five other colleges and universities. Before his election to Congress in 1972, Senator Cochran practiced law in Jackson, Mississippi; and he served as an officer in the U.S. Navy.

George Schloegel embodies the classic America success story, working his way up from the mail room at Hancock Bank when he was 16, to CEO of the company. His successful business career led to his numerous accolades, including induction into the Mississippi Business Hall of Fame, and he provided strong leadership as President of the Mississippi Banking Association. Mr. Schloegel has consistently given back to the community. After retirement, he chose to help rebuild Mississippi’s devastated coast following Hurricane Katrina by serving as Mayor of Gulfport. As a tireless advocate for the Mississippi Gulf Coast, he worked to expand the port and strengthen the economy, making it an international destination for business and tourism, and enhancing Mississippi’s standing in the global economy. George Schloegel recognized more quickly than others the importance of geospatial technologies in our rapidly changing, interconnected global economy, and received the NASA Public Service Medal for his work supporting and promoting geospatial technology. Mr. Schoegel also recognizes that education is key to our future global competitiveness and has helped teach students about the world in powerful ways through innovative institutions like the Infinity Science Center and his model early childhood education program. Mr. Schloegel’s breadth of experience, core values, ability to connect local and global communities and his success in connecting Mississippi with the world through business and education make him a true Geographic Visionary. 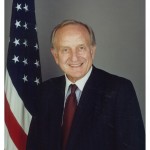 Ambassador John N. Palmer not only grew a successful telecommunications company, he made the choice to keep that company in Mississippi and help connect our state to global communications. In addition to successful business ventures, Ambassador Palmer also served our country and represented our state as Ambassador to Portugal as a private sector advisor to the Secretary of Commerce and the Office of the U.S. Trade Representative. He has also dedicated his talents to philanthropic efforts in Mississippi, serving as President of the University of Mississippi Foundation, Trustee of Millsaps College, and as a board member for various non-profits. His experience in connecting Mississippi with the world around us sets a standard of excellence for the MGA Geographic Visionary Award.